I was reading Hacker News and I came across this post. It’s about a blender plugin that procedurally builds space ships. I have never used blender but I thought it looked cool. I downloaded blender, I needed to download a fork of the plugin that would work on the latest version of blender and then I started playing with making ships.

It was fun and frustrating. Blender is a tool that can do amazing stuff which means it’s not trivial to use. Yet with google, and just poking around in a few hours I could get it to generate a ship, move it around and then render an image based on a view that I liked. Once I could do that I sucked it into Gimp (where I am much more comfortable) and I took my ship and put it into space. This gimp tutorial on youtube was critical to my success.

The results are not anywhere close to what a professional could do - but considering that I’d never used some of the software before and I’m really not a graphics arts person, I’m pleased with the output. If I put more time into it, I bet I could really improve it as well.

Here are the results. 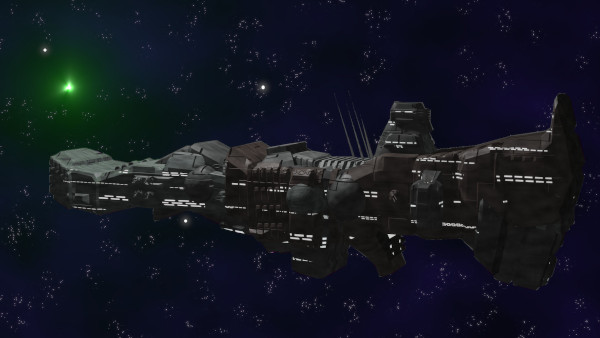 It reminds me of the special effects in the Dr. Who episodes I’d watch in the 80s.