I really like this picture. I think it looks pretty cool but more importantly it reminds me of a pretty special evening. 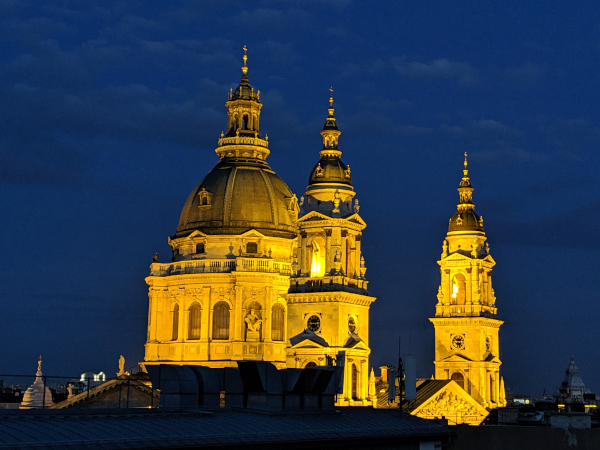 It was a time of saying goodbye which is something we do a lot in our line of work. I don’t know if it’s more or less than more traditional careers or ways of living, but being expats and missionaries it feels like people come and go at a more rapid pace than when we lived in the US with “normal” jobs.

Regardless, we do it a lot and it can get old but this night was rather special. It was saying goodbye done rather well. Or at least better than I had seen it done in my experience so far. I think it had a lot to do with the quality of the people present, the depth of their character, their walk with God and their experience. When I look at this photo it reminds me of how when we got up to the rooftop where we met I was in awe of just the size and depth of the Basilica. I’d never been so close to the top before without being far below on the ground. And now when I see the image it reminds of the depth of my friends and what a special evening that was.